If you suffer from hay fever every year and have tried all the remedies out there including antihistamines, herbal tinctures and nasal sprays, all to no avail, the idea that food could help is very appealing. 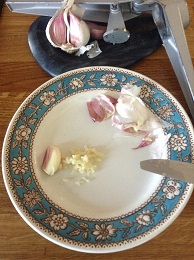 Here is a list of food that could help alleviate your hay fever symptoms:

I have been trying the local honey suggestion this year, but I never start eating it early enough in the season, nor do I remember to have some every day, but that idea does make sense. The bees pollinate the flowers, trees and grasses so the honey contains a tiny bit of the pollen, and so by eating some on a regular basis you desensitise your body to the pollen which is found where you live.

It fascinates me that some of us react so violently to such tiny harmless particles of pollen or spores in the air. The body is able to detect these air borne nasties, often invisible to the naked eye, and set up an attack to keep them out and flush them from our bodies. Why some of us have the problem and others do not is the question no one seems to be able to answer; finding a cure seems just as illusive.

Most sugestions from doctors and experts are useful but many are not. Is staying indoors with the windows shut really a solution for a normal happy, healthy life? Most of the advice is heart sinking and soul destroying. Drive with the windows up, don’t dry your clothes outdoors, avoid going outside in the evenings… These are things that are part of enjoying summer and I don’t find doing them makes my hay fever that much worse, but then mine has improved so much in recent years, probably due to my very natural and healthy diet. I sound smug don’t I, but don’t be fooled. I do love fresh, healthy food but rest assured I would be eating the naughty stuff if it didn’t make me so ill.

But maybe, just maybe, a diet which is rich in most of the above helps me cope so much better with hay fever. It really is so much better than it was. Try it, I promise you you’ll see an improvement.

I’d love to hear other peoples hay fever remedies or solutions. What have you tried that really helped?

20 things you can do to reduce hay fever symptoms