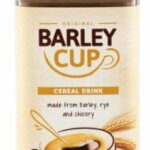 Half don’t know gluten is contained in cornflakes, pasta, pizza, fruitcake and biscuits. Nearly one in ten people have started cutting wheat or gluten from their diet, yet confusion is rife as to what gluten actually is and where it can be found. In fact, new research has shown that 70 percent of those surveyed had no idea that gluten was a protein and nearly one in six (17 … END_OF_DOCUMENT_TOKEN_TO_BE_REPLACED