The NASG is an alliance of the British Society for Allergy and Clinical Immunology (BSACI), the patient charities, Allergy UK, The Anaphylaxis Campaign and the Allergy Alliance and Industry Partners. Together they work to improve NHS allergy services. To find out more about the NASG visit their website: www.nasguk.org.

Did you know that: 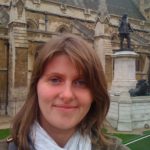 These are just a few of the statistics that I learnt this week. The room was filled with similar and many more statistics about allergies as well as allergy sufferers comments about how they cope and the support they have received displayed on posters on the walls. Just reading some of these was inspirational and emotional. Delegates were encouraged to leave their own comments about what they thought of the event, and their views on NHS support for those with life threatening allergies.

Here is some proof that I really was there, a photo of me looking rather laid back outside the Houses of Parliament.

MP Jo Swinson, serving constituents in East Dumbartonshire, introduced the event; having allergies herself she was passionate about the subject and is also campaigning for better awareness within government of the issues facing allergy sufferers.

Next up was Stephen Holgate, Medical Research Council Clinical Professor of Immunopharmacology at the School of Medicine, Southampton. What struck me most from what he shared with the group was that there is a huge disconnect between allergy research in England and the support provided to those with allergies. The UK is so far ahead of the rest of world in terms of allergy research, such as Addenbrooks hospital in Cambridge which has resulted in a group of children being cured of their allergy to peanuts. With all this knowledge and understanding of what’s happening, how the body is reacting to certain things and the various different treatments to control these reactions, you might expect the medical profession to be more aware.

However, when you compare that to the treatment received by those who have allergies it’s staggering. Support from within the NHS is disappointingly inadequate; depending on where you live, it’s that old saying, “it’s a postcode lottery”. If you’re lucky, and you push hard, you might get referred to an allergy specialist. That is if there’s one in your area. You will then probably face a long wait for an appointment.
Doctors do know about asthma and hayfever, but the rise in food and other serious life threatening allergies in on the increase. Sadly their knowledge is slower to catch up.

Most people see their GP and are told about the Anaphylaxis Campaign and given a leaflet at best, at worst they are brushed aside and given precious little help at all and even told they probably don’t have allergies and there isn’t much you can do – just live with it!

Would you be suprised to hear that many doctors and nurses don’t even know how to administer an Epipen? This is just one of the many campaigns that the NASG is involved with – providing vital training to doctors and nurses in this simple but important proceedure.

We then heard three very personal, emotional and passionately honest stories from quite different people. First up was Yussra, a nine year old girl, who has 17 different allergies. She delivered her speech with the calmness and control of someone much older. Hearing her anecdotes and stories brought a tear to my eye. She is excluded from summer school because they are too scared to allow her to join in, and she has to take her own food to friend’s birthday parties. Being a child should be carefree and fun, but with complex and numerous allergies this becomes very hard to achieve. She was an inspiration and a very brave little girl.

The second personal testimony was Gea, a seventeen year old who had such a severe allergy to dairy it scared me to think how she coped. I learnt from her that one of the drips you can be given in the ambulance can contain lactose – I didn’t know that, yet I’ve had two mysterious attacks whilst on drips in hospital. Both times the staff acted fast, removed the drip and treated me, but on neither occasion did I find out what had caused the reaction. I didn’t take in all that Gea said since my heart was beating so hard and loud in my ears, I was concentrating on stopping it leaping out through my rib cage. I was up next!

It was a terrifying, exhilirating and amazing experience. I’ve never done any public speaking before and it was only for five minutes, but sharing your personal life story and near death experiences was very emotional. I spoke about how my allergies have developed throughout my life and the struggle I’ve face getting referred to a specialist – only last year after my third anaphylactic attack did I get a referral to the local dermatology hospital and an allergy specialist and dietician. I had to ask my GP for an Epipen even though my nut allergy was diagnosed as a young child – many people, like me, slip through the cracks and soldier on with the help of fantastic organisations like The Anaphylaxis Campaign, but it shouldn’t be this hard to get support.

After my first really serious anaphylactic attack, I was too scared to use my Epipen or to ring 999, so when I rung the local surgery the following day to speak to a doctor about what had happened I was told there wasn’t much I could do. Just get on with life and cope with it. Anaphylaxis for me rapidly effects my throat with swelling and a tight constricting feeling, with asthma and wheezing and an amazing amount of mucous production; breathing and speaking is almost impossible. In the past not being able to speak has stopped me calling 999. If you have a similar experience just ring straight away – they know exactly what’s wrong with you and will be able to send help fast. Administer your Epipen, and phone 999. The Epipen doesn’t hurt at all and it’s your life that depends on it. 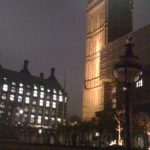 Anyway enough about me. I survived the experience and can now say I have spoken at the Houses of Parliament, even if it was a long walk along corridors to a room hidden in the depths somewhere.

Unfortunately my MP John Bercow, Speaker of the House, was not able to attend, but he did send a very nice letter signed in large felt tip, apologising, and delegated to a colleague of his who was able to attend and was really interested in what the event was all about. It was a very well attended informal standing event so the room was packed with allergy experts, MPs and their representatives and also lots of people from all ages and walks of life who cope and live with allergies. I learnt a great deal from the speakers and other guests and am so glad I got involved.

Did you know that anyone can walk into the Houses of Parliament to lobby their MP? They might not be there but you can certainly gain admittance and ask to see them; making an appointment may be more fruitful but they are very busy people so an ad-hoc visit might just work. I would urge anyone who feels strongly about allergy services from the NHS to write to your MP asking him to raise it as an issue.

The lovely picture at the end is the view as you leave the Houses of Parliament. It’s well worth a visit and was not what I was expecting at all. You enter into a huge, high ceilinged church like room which is buzzing with activity; MPs rushing around and people waiting, talking, and meeting, as well as the odd armed police guard.

I’d like to extend a special thank you to Mandy East of the NASG for organising the event, to Georgia for attending from John Bercow’s office and to everyone else for making it such a warm and productive networking event. Get in touch with the NASG if you’d like to get involved with future events.

Raising awareness about allergies at the Houses of Parliament